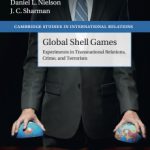 Every year a staggering number of unidentified shell corporations succeed in hiding perpetrators of terrorist financing, corruption and illegal arms trades, but the degree to which firms flout global identification standards remains unknown. Adopting a unique, experimental methodology, Global Shell Games attempts to unveil the sordid world of anonymous shell corporations. Posing as twenty-one different international consultants, the authors approached nearly 4,000 services in over 180 countries to discover just how easy it is to form an untraceable company. Combining rigorous quantitative analysis, qualitative investigation of responses and lurid news reports, this book makes a significant research contribution to compliance with international law and international crime and terrorism whilst offering a novel, new approach to the field of political science research. Global Shell Games is an invaluable resource for scholars of international relations, and a fascinating, accessible read for anyone interested in learning about worldwide criminal practice in corporate finance.

Delegation and Agency in International Organizations 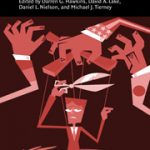 Why do states delegate certain tasks and responsibilities to international organizations rather than acting unilaterally or cooperating directly? Furthermore, to what extent do states continue to control IOs once authority has been delegated? Examining a variety of different institutions including the World Trade Organization, the United Nations and the European Commission, this book explores the different methods that states employ to ensure their interests are being served, and identifies the problems involved with monitoring and managing IOs. The contributors suggest that it is not inherently more difficult to design effective delegation mechanisms at international level than at domestic level and, drawing on principal-agent theory, help explain the variations that exist in the extent to which states are willing to delegate to IOs. They argue that IOs are neither all evil nor all virtuous, but are better understood as bureaucracies that can be controlled to varying degrees by their political masters.

Learn more about the Delegation and Agency in IOs here.